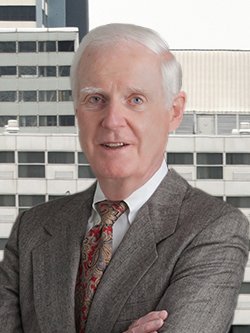 Civil litigation representing plaintiffs and defendants on legal areas including,

Robert J. Konopa was admitted to the Indiana Bar in 1967 following his graduation from The University of Notre Dame Law School. He has since practiced in both state and federal courts, trying cases for both plaintiffs and defendants. Bob’s extensive trial experience, combined with mediation skills acquired from formal training, experience and a negotiator’s instincts, are particularly useful in complex cases, whether they involve personal injury, commercial or other civil litigation subject matters.

He was an Associate Lecturer at Indiana University, South Bend from 1965-1977. He is a member of the Indiana State Bar Association and a recipient of the 2009 Litigation Section Civility Award. He is also a member of the Defense Research Institute, Inc. and Defense Trial Counsel of Indiana (Member, Board of Directors, 1996-98, Diplomate Award 2000), American Association for Justice and the Indiana Trial Lawyers Association. Bob has been selected by his peers for inclusion in the 20th-anniversary edition of The Best Lawyers in America® (2014) in the specialties of Arbitration, Bet-the-Company Litigation, Commercial Litigation, Mediation, Personal Injury Litigation Defendants, Product Liability Ligation Defendant. He is one of a distinguished group of attorneys who has been listed in Best Lawyers® for over twenty years.

In January 2009, Bob was selected for membership in The American Trial Lawyers Association for inclusion in the 2008-2009 Top 100 Trial Lawyers for the state of Indiana. Membership is by invitation and is extended only to those attorneys who exemplify superior qualifications, trial results, and leadership within the trial attorney community. His fellowship in the Litigation Counsel of America, an invitation-only trial lawyer honorary society, dates back to 2009.

In 1986, Bob achieved an AV rating from Martindale-Hubbell, the highest possible rating granted for competency and ethics in law, a testament to the fact that a lawyer’s peers rank him or her at the highest level of professional excellence.

Named “Lawyer of the Year” by Best Lawyers® for:

Recognized in The Best Lawyers in America® for work in:

Admitted to the following courts: 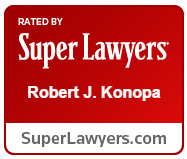